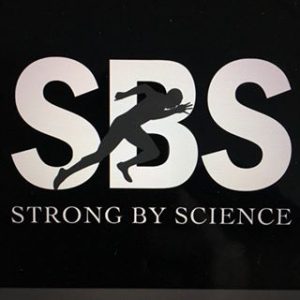 Power development is one of the most sought after training adaptations. In order to understand how to develop power, one has to first understand the physics behind power and how power expression is quite contextual.

Power is the ability to express force at a given velocity. The interesting thing about human movement is that velocity is always changing. Think about a jump starting from a static position. The athlete starts at a velocity of zero and then finishes with a velocity of say 3.8m/s. This means the individual had to continue to produce force as they gained velocity through the different portions of the movement. Because of this, one can quickly see how power development over a spectrum of velocities is needed. The whole idea of power is kind of a funny forward loop, more force expressed equals higher acceleration (highest acceleration is during the initial stages of the movement), which means greater changes in velocity and then the need to express force against an even higher velocity than before! So as we gain momentum throughout a movement, power output becomes greatly influenced by the increasing velocities.

So why does this all matter?

Well, only training force expression against heavy loads and slow velocities will only go so far. Yes, it is true that the expression of large forces at slow velocities is what will be responsible for the greatest amounts of acceleration, but that isn’t the whole story.

Training the ability to continually express force throughout the full range of motion and at regions that are responsible for high velocity (high knee angles) is critical for power development (more force at a given velocity = more power).

Increasing initial acceleration of a movement through high-load weight training:


Continued force production throughout the full range of motion can be done with accommodating resistance and high load jumps:

Training for power is not just about chasing a number. Power is contextual to the velocity at which the force is being produced. Thus, training ranges of motion and movements that are responsible for specific velocities can help optimize the full power producing abilities of an athlete. For more, and programs similar to the principles listed above check out what Max offers here: http://strongbyscience.net/training-plans/

Who is Max Schmarzo?

Max Schmarzo is an NSCA Certified Strength and Conditioning Coach (CSCS) and NATA Certified Athletic Trainer (ATC). He received his MS in Kinesiology from Iowa State University, where he led investigative research on relationship between the force-velocity profile of the squat and vertical jump height.

Prior to entering graduate school, Max played four years of NCAA Division III basketball. As an undergrad, he doubled majored in athletic training and strength and conditioning.

Throughout his undergraduate and graduate schooling, he was able to complete several internships, including working under Chris Doyle at the University of Iowa, Josh Beauregard at Iowa State University and Donald Chu at Athercare in Dublin, California.