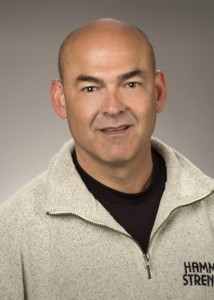 JD: If you could, please give our readers a little background information about yourself, what your niche in the world of athletics is, accomplishments, how you got there, education, any products you have available and/or notable publications.

BA: I have been the Assistant AD/Director of Strength and Conditioning over all sports at NC State since May 2011, whose main sport responsibility is men’s basketball; I also work with the sprinters on the track team. I arrived after my second tour of duty with the Oakland A’s 2009-11 (first was 1993-2001; I was in the real-life Moneyball story with plenty of tales. A rags to riches story for sure) where I was responsible for all aspects of the organization’s year-round physical preparation at both the major league and minor league levels. I was also the Director of Strength and Conditioning at UC Santa Barbara from 2005-2008. It was at Santa Barbara where I met Todd Rogers and Phil Dalhausser, and began training them for the 2008 Olympic Games in Beijing. Another bottom-up story- an average team that eventually won the World Championships in 2007 and the Gold in 2008, and #2 seed into the 2012 London Games. I was a member of both Olympic Teams. From 1984-1993 I was assistant/associate and then head conditioning coach of Olympic sports (I believe we were the first school in NCAA history to do that) at UCLA. 25 National Champions and 100 All Americans during that time. My niche, as I evaluate it, is programming/periodization and therefore planned development. 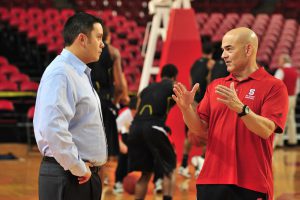 BA: #1 mistake by far is hastening the training process; taking the express elevator to the top floor without a proper foundation. Strength is the basis for all activity albeit relative to the sport’s strength requirement, NOT power cleans, snatches, depth jumps, Catapult or force plates. Especially in beginners/freshman. The literature and evidence are clear- you will make more speed and power gains and achieve greater numbers by initial strength work than teaching the top-down power clean, multi-response plyometrics or tracking heart rates or player loads of weak athletes! Ready to debate any time. Athletes hit off batting tees before facing 90MPH fastballs, learn 5yd passes before kicking bending 30yd volleys Why are we so compelled to get to the power clean or velocity based training before our athletes are ready?!

BA: Read scientific literature AND contact the authors, find out what others are doing AND find out why. To me, the question “Why?” seems to be the most confounding question to practitioners.

BA: My topic will be “Now vs Then.”  I’ll discuss my journey from college to MLB and back to college.  We’ll go over the pro’s and con’s of what I did then, and what I do now.  How each stop influenced what I do today, things that have stood the test of time, things that have been adjusted, and why they have been.

BA: Network (and not only with strength coaches) and be open to everything.