I am beyond ecstatic to introduce our third presenter for The 2015 Seminar today, University of Missouri’s Assistant Director of Strength and Conditioning, Dr. Bryan Mann. Dr. Mann has been working with the sport performance team at MIZZOU sense 2004, and has been an Assistant Professor of Physical Therapy and Athletic Training sense 2012. Dr. Mann is also the author of multiple books and numerous publications. His teaching experience, research  and coaching background make Dr. Mann is a fantastic fit for The Seminar. So, without any more delay, allow me to introduce, Dr. Bryan Mann.

JD: If you could, please give our readers a little background information about yourself, what your niche in the world of athletics is, accomplishments, how you got there, education, any products you have available, and/or notable publications.

BM: Well, my background is that I started out as a poor white boy living in a trailer in back woods Oklahoma. Circumstances being what they were, I was having a tough time. For anyone who has met me, it’s no surprise that I have a big red birthmark on my face. I got beat up for having that birth mark at home and at school. My parents eventually divorced, we moved to Missouri, and I got tired of being picked on, so I decided to start lifting weights, and my mom got me that $19.99 DP Challenger weight set. I started working out every day and responded quite well to it. I got bigger and stronger than everyone else, and they shut up. That eventually took me to powerlifting, a sport that I did quite well in.

I started competing in 1996 and did my last competition in 2012. I still train, but not like I did. I have had a few injuries that prevent training too hard, but I still get in and get it done. Powerlifting actually led me to strength & conditioning. I was studying at Missouri State (It was southwest Missouri back when I was there), out by the athletic complex where there was a Taco Bell with an endless supply of bean burritos and diet Pepsi when a friend of mine from high school walked up who happened to be on the football team. Rick Perry, who was the head strength coach at the time, walked up and we started chatting, and my buddy introduced me to him as, “He’s pretty strong, he’s a powerlifter.” Rick asked if I’d heard of Louie Simmons, and if I wanted a job that he couldn’t pay me for. I accepted it on the spot. I got into S&C by being in the right place at the right time. From there I went on to intern for Joe Kenn at Arizona State University and Pat Ivey at Tulsa. I went back to work with Rick as a GA after graduation, and then got a call from Pat in the spring after he got a job at Mizzou and went up here and have been here ever since. I started as a GA and kept going to class after I was done to get a PhD.

My niche- I’m not really sure to be honest with you. I think, or would like to think, that I try and solve problems, and that’s my niche. I would guess that I’m most well known for velocity based training (VBT) and the APRE protocol. Maybe my niche would actually be the fact that I’m a strength coach who has a PhD. I know more people who got a PhD and then went on to be a strength coach, but very few who started as a strength coach, got a PhD and are still in the middle of it. While I’m not a full time strength coach any longer, I do stay quite involved with the soccer team as well as doing a lot of sports science type stuff with the athletics department. If there is a question to be had, I want to answer it.

To say that I have accomplished anything- I wouldn’t go there. I think that I’m in the process of doing a lot of things, but accomplished- nothing is accomplished because nothing is truly finished. All of my books will be updated with multiple editions over the years. What I know today is not what I will know tomorrow, and 90% of what I think now will probably be proven wrong over time. I’d rather stay hungry, as accomplishment leads to satiety, and if you’re not hungry you’re not growing and improving. 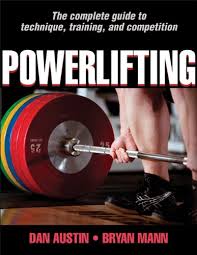 Products I have- well there is the Powerlifting book from Human Kinetics, and two ebooks that I have self-published: one on Velocity Based Training and the other on the APRE, which are available on elitefts.com.

BM: Hmm- well, I would say I’ve made more mistakes than anyone, so maybe I’ll just talk about my mistakes. My biggest mistake that I ever made was thinking that I was too smart and had all of the answers. I did not want to ask questions and seem like I was stupid, so I decided I had all of the answers. I thought things like, “Olympic lifting is stupid and unnecessary; mobility is crap; all you need to do is bench and squat and get as strong as possible.” Well, once I humbled myself and approached everything with a beginner’s mind, then things changed. I was able to step back and look at things holistically and truly think and analyze what was going on. Once I stepped back and detached myself from having to be the smart guy and right, I freed myself to be wrong, and admit that I was wrong so I could go and improve my program. I have since gone one step further and listened to my good friend and fellow CVASPS presenter Cal Dietz (well, I’d been saying it before I heard him say it, but it turns out he was saying it before me so I’ll give him credit) that I’m the dumbest guy in the room. Taking that viewpoint allows me to ask any question that I have. I don’t have to protect any image of being super intelligent, because I’m not. I can free myself to learn.

I used to be caught up in what philosophy I was, and I looked only at things that supported that philosophy. Instead, I took a note from my good friend Martin Rooney and have gone to having principles, not a philosophy. See, a philosophy on training means that you do certain exercises a certain way. I don’t have that. I have principles- I do training that improves physical performance, I do training that reduces injury risk. That’s it. I don’t care what the exercises are, how they’re programmed, or anything like that. I’m not tied to a certain number of days per week, nor certain traits.

Another piece of advice I have is to make Pubmed and Google your best friend. If you have any idea, I guarantee you that there has been something done on it. If you can’t find anything, it means you have just been using the wrong search terms, not that there isn’t information. For instance, just this week, I found out that I was using a wrong search term for something that I had been working on. I thought that there was a paucity of information out there, when in reality there was quite a plethora of it. I just was using the wrong damn search term. To finish this off- something that is a mantra of mine is, “If you want a new idea, read an old book.”

BM: There has been a great expanse of research on things pertaining to velocity-based training. I am going to be covering what I have done and what the research is now showing. Hopefully the attendees can get the what, why, and how’s of VBT, and be able to walk away and implement it into their program.

JD: Doc, we’re excited to have you on board for 2015.  Any closing thoughts for our readers and attendees?

BM: Only that this is a great honor for me. For many years I have looked at the lineup and thought, “Damn. I’d love to be at that. They have the best presenters in the world.” Now to be invited to speak here- I am beyond honored to be on the same stage with the other presenters. I will just promise to try my best that I don’t end up pulling a Wayne’s World and going “We’re not worthy, we’re not worthy” during the conference.

Dr. Bryan Mann was hired first as a Graduate Assistant in 2004 and then promoted to Assistant Director of Strength & Conditioning in 2006. On top of his duties in the department of Athletic Performance, Mann is also an Assistant Professor of Physical Therapy and Athletic Training since 2012.

Prior to his arrival at the University of Missouri, Mann attended Southwest Missouri State University where he served as a student assistant as well as a Graduate Assistant Strength and Conditioning Coach from March 1999-May 2004. He assisted in the player development of football, men’s and women’s basketball, baseball, and volleyball. He developed the programs for field hockey, softball, men’s and women’s soccer, swimming and diving, and men’s tennis. He also trained 2004 Barbados Olympic triple jumper Greg Hughes.

Mann also helped in producing some great achievements for the athletic department at SMSU. These include a Final Four appearance by women’s basketball and a College World Series appearance by baseball.

Throughout high school and college, Mann was a four-time national and two-time world champion in powerlifting for the Natural Athlete’s Strength Association and was considered among the top 20 athletes in the world for his age.

Mann is also an accomplished author and researcher. He has published three books, most notably “Powerlifting” which was published by Human Kinetics, and numerous journal articles. Mann is most well-known for his research on autoregulation of training with the first athlete training article ever done on the Autoregulatory Progressive Resistance Exercise (APRE) protocol as well as assessment of training improvements.