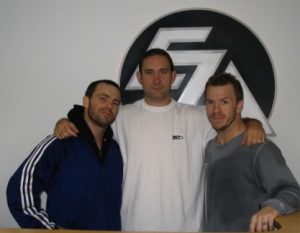 2011 “A New Perspective On Energy Systems and Performance”

Joel Jamieson is widely regarded as one of the world’s foremost authorities on strength and conditioning for combat sports. He has more than 7 years experience working with many of the top athletes in the sport and has trained over 30 of the biggest names in MMA, including 7 world champions.

He formerly served as the Director of Strength & Conditioning for Pride FC and currently works in a similar capacity for Dream. Prior to his work in MMA and combat sports, he spent time training D-1 football players and worked in the NFL with the Seattle Seahawks. He has trained countless teams and athletes from the NFL, MLS, NHL and NBA and Olympic competitors from 5 different sports.

Joel is also the founder of www.8weeksout.com and author of the highly acclaimed book, “Ultimate MMA Conditioning.” Since its release in 2009, it has been sold in more than 40 countries and widely regarded as the definitive book on the subject. His articles have been published in a variety of online and print magazines and journals and he is a frequent presenter at local and national training conferences.