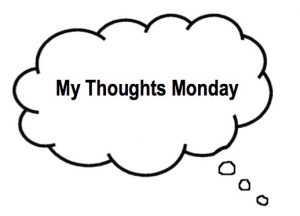 I think that the biggest issue with being a “guy” is that you are now stuck with some simple thing that you think is going to fix everything.   You probably shouldn’t try to use a hammer to drill in a screw, and vice versa for a screwdriver for a nail. Now we all have heard that, and to some extent both nod and scoff at the same time to that, but I really believe that too few of us actually follow through. How many people who utilize Olympic lifting don’t do the lifts (or variants) with all their teams? How many people who think MB throws are the way to produce power don’t do those all the time? Well, I’m as guilty as you are, and then this year I took a huge step back, looked at what I was doing and said (out loud in my office with people there I might add) “Jay, what in the fuck are you doing? This isn’t what Coach wants so who gives a fuck about what you think? Do what the man needs you to do!” So with that I came to this next conclusion. Pre-offseason meetings need to revolve around one thing: what do we want to get better at? I have a team that I thought would be a fantastic case study to see how this works, so the next few posts (including this one) will be how this developed.

Prior to meeting with the coaching staff I like to talk with the upper classmen on the team. I do this for a couple reasons: 1) it seems to help get a real pulse for where the athletes are and what their view is of their improvements (or lack thereof), and 2) it gives me something to bring to the coach. I think this is important because giving the kids a bit of input, whether it’s 100% the direction you are going or not, is the right thing to do. They’re the ones that have to get up and run/lift/jump/throw/deal with your bull shit, so they should at least have a bit of input on the goals of the program. Also, in many cases, giving the athletes a bit of autonomy in the programming provides an investment on the athlete’s part, which can lead to greater effort and buy in. Chances are they’ll be pretty close to what the coaches see as well.

In this example, the kids all said we need to be in better shape; we were plenty strong (in their opinion) but all could be in better shape than they were in camp this year. Ok, so you can take this one of two ways: 1) they are giving constructive feedback and input into your programming and 2) they are 18-22 year old women who don’t like to lift. How I brought it to coach was simply this: we have always lifted 3 times a week and have run twice in the spring, let’s flip flop that. She loved it because, as she stated, the team needed to be “more fit and athletic”. This thought does two things: 1) connects the staff and players because both think that being in better shape is priority one, and 2) brings me to my next key point.

You have to define everything. Here is an example, I had a coach once tell me “my team needs to be more fit.”  What does fit mean?  I mean seriously, what does it mean?  You can run a mile better? Lower resting heart rate? Does it include that the whole team has lowered their body fat? Do the athletes just feel better about themselves like they would after a “class”? In a different situation I was told “these kids need to be more athletic.”  Can you define that? In all seriousness what does that even mean? So that was what we did, we defined those two things. For this team, more athletic would be to increase their ability to perform body weight exercises (push ups and pull ups), run a 40 faster, and improve on the standing long jump.  More fit would be to pass all the conditioning tests which include the mile, beep test, a 40 yard repeat test, and one more test that we call the Turf Spider. Each of these tests mentioned will get described more as we get into future blogs. One other thing we decided to train because of importance is their ability to get their feet back underneath them in specific situations and teach them how to cut better. These do not have tests and are subjective so they are NOT the primary focus of the program.

These meetings were driven to find out two things: what matters to the coach and define what that means so we can now measure it and have baselines and goals to improve. Now that we have determined those two things, the next blog will review what the tests actually are and why they were selected.