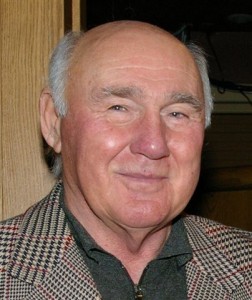 Dr. Anatoliy Bondarchuk is renowned as an athlete (1972 Olympic and European Champion in the hammer throw as well as a former World Record Holder) and coach. He developed the USSR National Team throws program from 1976 to 1992, from which he produced numerous World and Olympic Champions in the Hammer, Discus and Shot Put. From 1992-2004 he was coaching for Portugal and Kuwait.

Dr. Bondarchuk is a Doctor of Pedagogical Science (University of Kiev) whose research into technique and high-performance training methods formed the basis for many of the common techniques and practices used by the world’s top athletes today. A common focus is training to maintain performance and technique. He has authored 11 books and 195 articles in his areas of expertise.

For the City of Kamloops this is an unprecedented opportunity for the coaches and athletes of the sport of athletics to learn and excel under one of the greatest coaches in the sport’s history. With the City’s new 37.5 million dollar upgrade to its current athletics facilities, which include a fully competitive throws competition and training venue, this great news ensures that the athletes of Kamloops and its surrounding region are going to be in one of the most enriching and productive athletic environments in the entire world. It is the goal of the Kamloops Track and Field Club to ensure that all athletes in the sport of Athletics locally, provincially, and nationally thrive under Dr. Bondarchuk’s guidance. To this end we are fully committed.

Dr. Bondarchuk’s athletes, while members of the USSR National Team, broke 12 World Records and won all hammer throw medals in 4 consecutive non-boycotted Olympic Games. In addition to the above, the following are examples of results that his athletes have achieved: